If Mayors ruled the world: Is the city democracy’s best hope? (Benjamin Barber)
May 29

If Mayors ruled the world: Is the city democracy’s best hope?
Benjamin Barber
Thursday, May 29, 2021 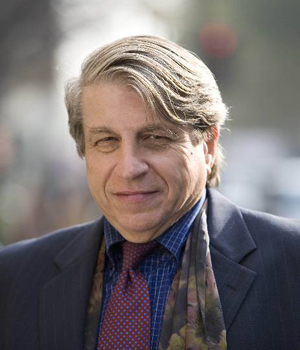 In the face of the most perilous challenges of our time-climate change, terrorism, poverty, and trafficking of drugs, guns, and people-the nations of the world seem paralyzed. The problems are too big, too interdependent, too divisive for the nation-state. Is the state, once democracy’s best hope, today democratically dysfunctional? Obsolete? The answer is yes. Although states are obviously not going away, and cities operated under the jurisdiction of sovereign nations, cities and the mayors who run them can do, and are doing, a better job.

Cities share unique qualities across the world: pragmatism, civic trust, participation, indifference to borders and sovereignty, and a democratic penchant for networking, creativity, innovation, and cooperation.  City mayors, singly and jointly, are responding to transnational problems more effectively than nation-states mired in ideological infighting and sovereign rivalries. When we change the subject from Presidents and Prime Ministers to Mayors, from dysfunctional nation states to rising cities, we are offered a compelling new vision of governance for the coming century.

In this vision, cities cooperating in global associations like United Cities and Local Governments and the C-40 Cities for Sustainability and CityNet are already achieving notable progress in addressing issues of immigration, climate change, global markets and terrorism. As local communities defined by neighbors, and a global association of cosmopolitanism, cities are truly "glocal" -- local communities capable of global governance.

As venues of efficient and pragmatic government and as partners in global association of cooperation, cities have the potential through a "global parliament of mayors" to offer interdependent planet bottom up, consensual form of interdependent governance. The city is democracy’s best hope in a globalizing world, and great mayors are already proving that this is so.

Benjamin R. Barber is a Senior Research Scholar at The Graduate Center, CUNY, Founder of the Interdependence Movement, and Walt Whitman Professor Emeritus at Rutgers University. Dr. Barber is the author of 17 books, including the classic Strong Democracy, the international best-seller Jihad vs. McWorld and the new book If Mayors Ruled the World. Dr. Barber appears frequently in broadcast media and domestic and international news publications, and he consults regularly with political and civic leaders in the U.S. (President Bill Clinton, Governor Howard Dean) and around the world. He writes and speaks on a wide variety of questions connected to democracy and citizenship, including the arts, education, globalization, terrorism, and the new politics of the Middle East and North Africa. 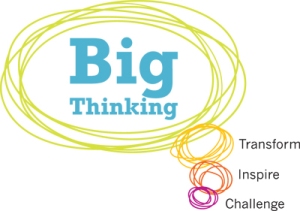 The Big Thinking lecture series is held throughout Congress and is open to all attendees and members of the public. This series brings together leading scholars and public figures who can present forward-thinking research, ideas and solutions to the critical questions and issues of our time. The 2014 Big Thinking lecture series is organized by the Federation for the Humanities and Social Sciences and Brock University.

Big Thinking - Azar Nafisi - Humanities and the future of democracies

Big Thinking - Justice Sinclair - What do we do about the legacy of Indian residential schools?

If Mayors ruled the world: Is the city democracy’s best hope? (Benjamin Barber)