Budget 2017 focuses on innovation and skills

Federal Budget 2017 sets out a goal to boost Canada’s prosperity and to ensure this prosperity is shared across society. To achieve this, the government is relying primarily on innovation and lifelong skills development.

This budget may not have had the kind of major funding announcements for science and research as Budget 2016 (which included significant new increases of $95 billion that year to the research granting councils' base budgets and $2 billion over three years for university and college infrastructure), but it offers some important commitments. Furthermore, much of the story remains to be written, as we look for more details and watch for significant reports and reviews to come. You can read the Federation’s media release here and find a more detailed review of Budget highlights of relevance to our sector in the Federation’s...

Gauri Sreenivasan, Director of Policy and Programs, Federation for the Humanities and Social Sciences

As news of U.S. President Donald Trump’s early executive orders spread across news channels at the end of January, many Canadians and citizens around the world were alarmed by the swiftness of the move to close borders and target Muslim majority countries. Civil liberties lawyers and groups analyzed and challenged the text; many worried at home; thousands participated in...

Sesquicentennial is no longer just about Canada

Canada’s 150th anniversary offers up a unique moment in time -- a pause, if you will, to reflect on where we’ve been and our country’s potential for the future.

There will be many celebrations over the coming year to mark 150 years since Confederation, but our sesquicentennial is about much more than cake and fireworks. Most importantly, it’s about coming together to chart a path to 2067.

At our 200th anniversary, what kind of Canada do we want to be? What can and should we become as a nation?

That’s the challenge laid before 100 young...

The Federation pilots a new webinar service for members

As the Federation’s staff member dedicated to improving the membership experience, I am always on the lookout for new and better ways of delivering value to our membership. Last year’s member survey turned up a number of new ideas for Federation initiatives — as surveys are wont to do — including one around offering additional member learning opportunities.

And so the idea of a webinar learning series was born— focused on member priority issues, complimentary and facilitated by the Federation.

How can Academics and NGOs work together? Some smart new ideas

This blog first appeared in oxfamblogs.org and is reposted with the author’s permission. It reviews a new report published by Carnegie Trust in the UK, underscoring how academics and NGOs might better work together to affect policy and practice. Highly relevant to help inform discussions underway in Canada on how to build evidenced-based policy. Tell us what you think @ideas_idees!

Just finished ‘Interaction’, a thought-provoking report on ‘How can academics and the third sector work together to influence policy and practice’.en by ...

We can no longer overlook innovation's human dimension 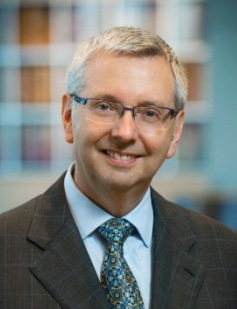 It is reassuring to see the subject of innovation emerge once again in conversations across Canada. As evidenced by the recent announcement by Innovation Minister Navdeep Bains, Science Minister Kirsty Duncan and Small Business and Tourism Minister Bardish Chagger, our world is changing—economically, socially, politically—and our ability to adapt will depend on how well we innovate. Among the announced plans was a...

Stephen Clarkson was my colleague and friend for more than 50 years. Gracious and congenial, he was an intensely private person. 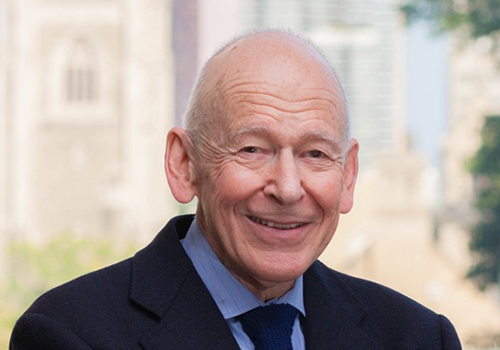 He was a legendary teacher who could give a polished lecture without notes. I taught a course with him for many years and he set the bar high. He was much respected by students, who gave him high evaluations.

He was a prolific researcher and writer who received many awards. Fittingly, indefatigable at 78, still not retired and with serious health problems, he was in Portugal on a research tour with students when he fell fatally ill. He died on the go, students in his wake, with pen in hand.

He was proficient in English, French, Spanish, German, Russian...

Here at the Federation, we’ve been picking apart the 2016 federal budget and also keeping an eye out for what our colleagues are saying. There seems to be a solid consensus growing: March 22 was a good day for Canadian scholarship in its many forms.

The Federation’s overall impressions are articulated in our post-budget media release, and a detailed analysis of the budget is available in our 2016 budget briefing note. The following is a brief overview of a few key topics, including issues that we feel are likely to be highly relevant in the coming year.

The 2015 Liberal election platform had no specific promises relating to research funding, so it was a welcome surprise to see a funding increase of $95 million split between the...

Pre-budget 2016 submission: The Federation calls for investments in research, in student mobility, and to support reconciliation with Aboriginal peoples

In this year’s budget season, the Federation is urging the federal government to make significant investments to support scholarly research, student mobility and reconciliation between Aboriginal and non-Aboriginal Canadians through the postsecondary system.

Each year, the Federation submits a set of recommendations to the federal government through the annual budget consultation process. Our recommendations are designed to reflect the priorities of Canada’s social scientists and humanities scholars, and also to support public policies that benefit all Canadians.

Our recommendations for 2016 are based on the understanding that Canadians face growing challenges in the 21st century, such as adapting to technological change, creating jobs in an increasingly knowledge-driven economy, reducing carbon emissions and building social inclusion. As a response to these challenges, we are making the following recommendations: 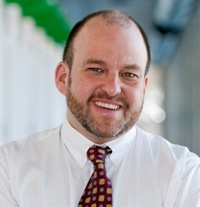 Many in the academic community view strategic planning with some degree of skepticism. Either full of motherhood statements and/or written in bureaucratese, many critics do not observe significantly altered organizational behavior and performance from the adoption of strategic plans. The Federation has just completed the execution of its 2011-2015 strategic plan. What has changed? How did we do when compared with our goals? Pretty well, I would venture to say: out of 17 strategic goals, the key operational objectives...