The Myth of the Muslim Tide
Doug Saunders
Tuesday, June 4, 2021 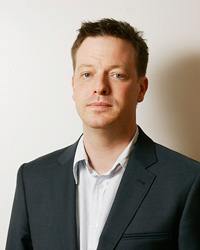 In his latest book, The Myth of the Muslim Tide, Doug Saunders debunks the myth that immigrants from Muslim countries are wildly different and pose a threat to the West. Using demographic, statistical, and historical data, he examines the real lives and circumstances of Muslim immigrants in the West—their politics, their beliefs, their observances and their degrees of assimilation—and makes a timely argument against the continued, and increasingly mainstream, vilification of Muslim immigrants.

Doug Saunders is an award-winning author and the European Bureau Chief of The Globe and Mail. He has done extensive reporting on Islamic extremism and moderation in the Middle East, South East Asia, and in Europe and North America.