SSH News: PSE funding in Ontario and Quebec, the value of SSH in science education, and SSH research in media

This week in SSH News, Ontario and Québec are both looking towards a more specialized, targeted funding model for institutions of public secondary education. In Ontario, the government unveiled a plan detailing a new funding strategy for universities and colleges, which will force each institution to pick areas of focus and accept that it cannot have it all. The Globe and Mail writes that “[t]he deals are a crucial step in the province’s plan to tailor the postsecondary system more closely to the economy, and save public money by avoiding duplication.”

In Québec, Minister of Education, Recreation and Sport, Yves Bolduc,...

Recent events in Russia are certainly at the forefront of a number of important geopolitical conversations. Things that might stand out include: the detaining of the 'Arctic 30' Greenpeace activists, granting temporary asylum to American whistleblower Edward Snowden, as well as the recent military intervention in the 2014 Ukrainian Revolution. Of course, the international spectacle of the 2014 Olympic Winter Games was, indeed, on the public radar, and Putin's enactment of the so-called 'anti-gay propaganda law' immediately before the Sochi Opening Ceremonies caught the attention of the masses. It was this topic that constituted the framework for a vibrant discussion by a roundtable of political and historical experts at Sunday night's Congress panel put on by the Canadian Historical Association (CHA), entitled "...

How often do you hear “That’s so gay”? What about “faggot”, “dyke”, and “queer”? Here’s a less comfortable question: how often do you yourself use these words? While terms like these permeate our language, they are seldom challenged let alone recognized as a significant part of our popular discourse. Perpetuating this language without rigorous consideration of the connotations it holds is part of what enables a culture of ‘casual homophobia’—something that characterizes our contemporary society, even at times below our level of conscious awareness, and which has detrimental effects for sexual minorities. 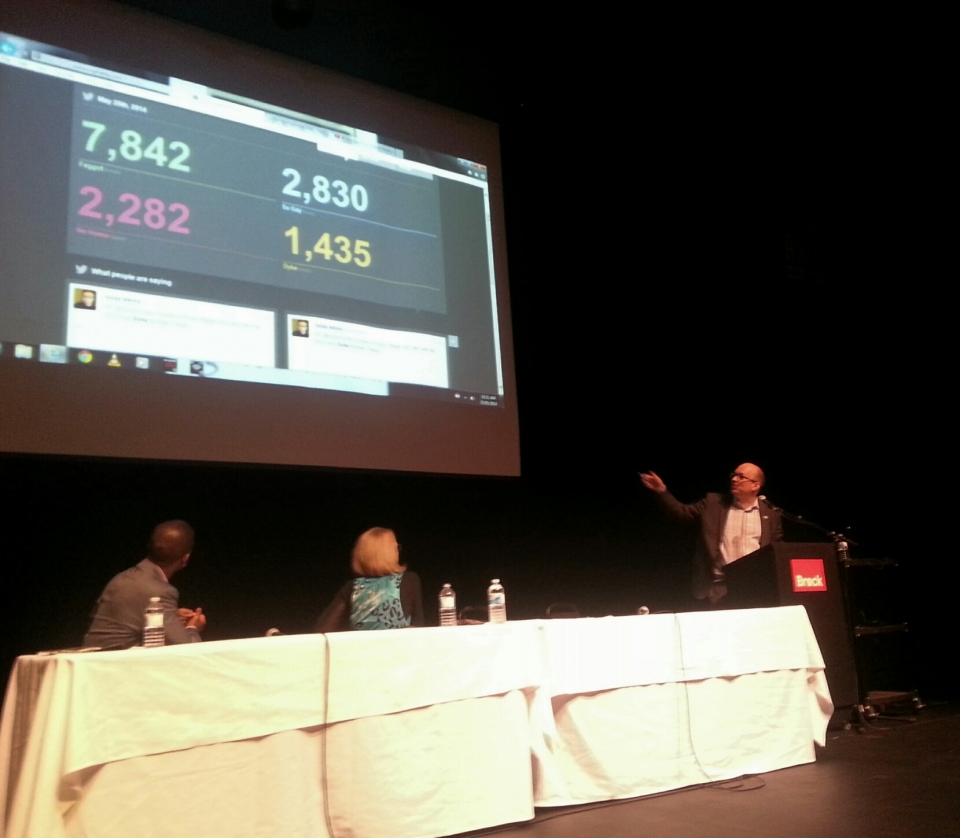 Dr. Kristopher Wells, Director of the Institute for Sexual Minority Studies and Services at the University of Alberta (iSMSS), and Wade Davis, former...

Earlier this week the CIBC released a report suggesting that Canadian postsecondary students are widely choosing to enter fields of study that are not compatible with today’s high-demand areas of employment. Consequently, the report argues that Canada is experiencing an excess supply of post-secondary graduates whose skills do not reflect the needs of the contemporary labour market. The implications of the report have been discussed in a...

The University of Victoria is located on traditional Coast Salish territory, and strives to ensure a strong relationship with Aboriginal students and communities. As the hosts of Congress 2013, their commitment to supporting Indigenous perspectives has shone through in this year’s lineup of cultural programming.

During the week of Congress, a number of special events are set to take place which deal with issues related to Aboriginal experiences and culture. Various activities have been organized by the University of Victoria, the Federation for the Humanities and Social Sciences, as well as a range of different associations and scholars. For anyone interested in learning about Indigenous issues in Canada, here is a round-up of this year’s related events open to Congress attendees and the general public:

LGBT Struggles for Human Dignity and Equal Rights in Uganda

The influence of the Christian Right on LGBT rights continues to spread beyond the United States. It is productive to examine the nature and impact of this influence on the African continent. As a Ugandan lesbian who grew up in an evangelical Christian household, I think it is...

Media stories build on tropes and themes familiar to readers. Such tropes and themes act as a shorthand or ‘common sense’ of what we, as readers, are assumed to believe or are likely to accept. I would argue that in Canada these tropes haven’t changed much since Confederation, although they have varied in form over time and space. Historically these tropes – of...

Some police still do victimise lesbian and gay men, as the 2006 Amnesty International report Stonewalled clearly documents. Generally, however, the police are more likely to be seen as supporting diversity rather than demonising it. In...

Trans Rights in Mexico and Canada: The Geopolitics of Privilege

When I asked trans activists Angie Rueda Castillo and Irina Layevska what this blog entry should be about, the two of them encouraged me to account for what is happening in the struggle for trans people’s rights in Mexico, and how this may contrast and compare to the state of affairs in Canada.

In 1993 activist Cheryl Chase founded the Intersex Society of North America (ISNA), kick-starting what would come to be known as the intersex rights movement. Since then, the word intersex has become more controversial, more contested and more divisive than ever before. First used in 1917 by biologist Richard...