Dr. Wendy Hui Kyong Chun is a professor and chair of Modern Media and Culture at Brown University, and her background in both Systems Design Engineering and English Literature has helped to shape a unique perspective on New Media and digital technology. She visited Congress 2015 and presented some fascinating ideas in a talk called “New media: Wonderfully creepy.” 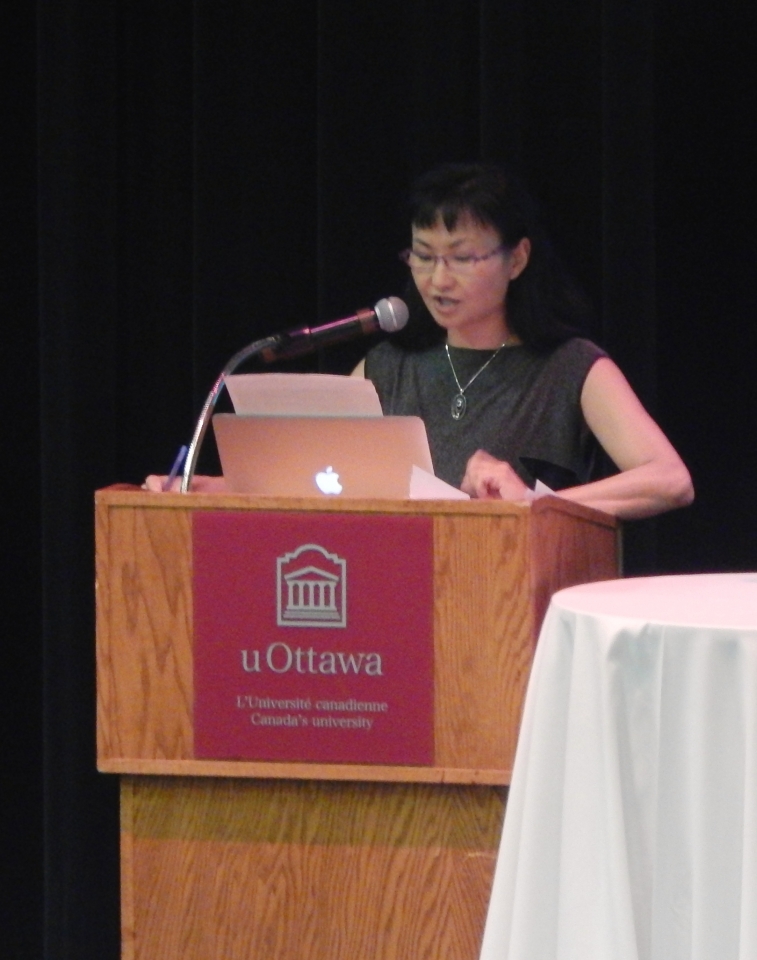 Waiting for the event to begin, I sat chewing on the lid of my coffee cup, while absentmindedly scrolling through Twitter on my phone. As always, the muscles in my right hand remembered the subtle movements necessary to navigate between menus, screens, and applications. But rarely does my mind feel consciously engaged. I found myself checking the time on my phone, then checking again ten seconds later because I didn’t pay attention to the clock the first time. These actions were just habits and, quite fittingly, the concept of new media as “habitual” was one of many interesting details that emerged in Dr. Chun’s discussion. As our technologies become increasingly mobile and more easily accessible, she suggests that we come to use them so habitually that we begin to forget they’re even there, and what they mean.

The more we engage with New Media and the algorithmic systems that support them, the more these technologies and programs are able to learn about us. Dr. Chun suggests that the New Media pervading our daily lives “work by breaching the boundary between public and private,” and that it is necessary to look beyond the two basic conceptions of digital technology as either empowering democracy or enabling surveillance. She said that New Media is “wonderfully creepy” because our machines “work by leaking,” and that moving forward, this is a phenomenon we should perhaps “warily embrace.”

New Media’s leaky boundary between public and private is especially evident in social media, where Dr. Chun suggests the traditional conception of the Internet as a “window to the world” is in fact inverted. With social media use, “the subject we look upon is increasingly on the inside rather than outside,” meaning we often find ourselves “being private in public.” One way to think of this might be to compare posting about your life on the Internet to leaving your curtains open at night—you’re aware that people can see you, but you don’t always realize how many may be watching. In the same way that your neighbours might draw conclusions about you based on what they see, Big Data is lurking in the shadows of cyberspace collecting information about you “and other people ‘like’ you.”

While New Media may be creepy, Dr. Chun brought up a number of interesting questions to challenge the ways we think about how our information is used on and offline. What would happen if we treated the Internet as a “public space, where we could loiter?” What if we stopped thinking about “memory” simply as “storage”? Why do we assume “saving” needs to be the default? What is the difference between secrecy and privacy?

Because Dr. Chun’s ideas are far more complex than I am able to communicate in a short blog post, I recommend keeping an eye out for her upcoming book Habitual New Media, as well as checking out her Twitter feed.

Congress of the Humanities and Social Sciences, Congress 2015