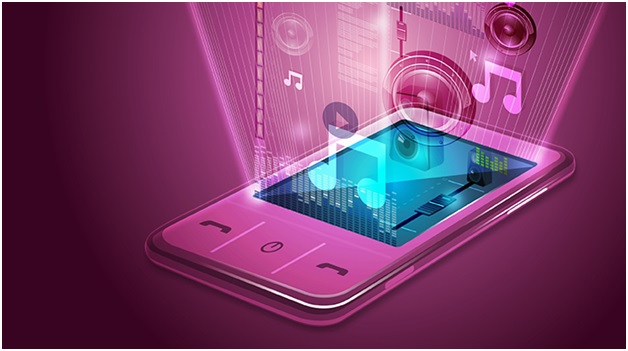 SHARCNET was funded through the Canada Foundation for Innovation’s Innovation Fund. Matthew Woolhouse will be attending the 2015 Congress of the Humanities and Social Sciences to present “Decomposing the Human Development Index with Respect to Music” as part of a session called “Consuming Culture” at the Canadian Society for Digital Humanities conference tomorrow, Wednesday, June 3. This article originally appeared on Innovation.ca in July 2013.

This summer, music lovers will descend on music festivals around the world to listen and dance to their favourite bands. And when they do, they’ll be participating in a practice as ancient as the percussion.

“There’s no culture in recorded history that doesn’t engage in some form of music,” says Matthew Woolhouse, a researcher at the McMaster Institute for Music & the Mind, at McMaster University in Hamilton. “It’s a language that tells us something about who we are.” Music is so intimately connected to our identities that Woolhouse and a small team of researchers are poring over datasets of 180 million song downloads to answer complex questions about people.

In 2012, Woolhouse started a five-year project funded by telecommunications giant Nokia. Inside McMaster’s new Digital Music Lab, Woolhouse and his team peer into the company’s closely guarded data and study the music-downloading habits of its mobile-phone users. Nokia’s presence in North America is less dominant than it is in most of the rest of the world, where tens of millions of people freely download songs onto their phones every day from the company’s digital library.

Although researchers can’t see individual users’ names, ages or socio-economic status, simply knowing in which country they live and when and what they’re downloading can be enough to understand migration, conflict and even economic development patterns. For example, says Woolhouse, based on when music is downloaded, the lab can study which countries have emerging economies, because in industrialized countries such as Canada, listening habits are greatly divided between work and leisure hours.

As well, because Nokia’s datasets go back to 2007, the lab can see what songs or artists are popular amid political turmoil, such as during Tunisia’s 2010 revolution. “And here’s the really big question,” says Woolhouse. “If you could retrospectively look at the history of music consumption and say that we could see that social change was in the air, then you could also use it in a predictive capacity.”

Nokia first approached Woolhouse in 2010, when he was a music cognition professor at the University of Cambridge, in the U.K. The tech company was looking for a psychological consultant to work with its marketing and mathematics experts. It wanted to know more about its users’ music listening habits to make recommendations listeners would enjoy. Nokia gave Woolhouse data on two million songs for six months. A year later, after the contract finished, Woolhouse moved to McMaster (alma mater of former Nokia CEO Stephen Elop) and approached the corporation about using the rest of its dataset — 20 million songs — in exchange for naming rights to the lab.

With enough songs to fill 11,000 Nokia phones, the lab can’t run on ordinary desktop computers. For that, it needed SHARCNET. A network of supercomputers funded by the Canada Foundation for Innovation, by 2013, SHARCNET was being used by 4,000 people in 16 southern Ontario post-secondary schools as well as the Perimeter Institute for Theoretical Physics, in Waterloo, Ont.

Hugh Couchman, SHARCNET’s scientific director, was seeking scholars from the digital humanities — a discipline that uses computing to understand culture — so he didn’t hesitate when Woolhouse approached him about the Digital Music Lab. “Sometimes it’s hard to see how we can actually help digital humanists,” says Couchman. “But he very clearly understood what he wanted to do and the limitations of his current set-up. He had a great idea and knew that if he got access to SHARCNET, what new investigations that would enable.”

For Woolhouse, a Yorkshire-raised composer, these investigations could answer a question he’s considered since he was an undergraduate at the renowned Guildhall Conservatoire of Music when, he says, “the traditional music component had been completely destroyed by avant-garde 20th century.”

He would find himself looking at a blank piece of paper, knowing that he wanted to communicate a song but feeling that his traditional understanding of composition was irrelevant. He’d wonder, “What is it that people like, and why do they like some things and not others?”

This question of perception is what eventually led Woolhouse, who also receives funding from the Social Sciences and Humanities Research Council, to McMaster, and now the Digital Music Lab is bringing him closer to finding the answer.

​The lab has hired scholars from Cambridge to research “audio retrieval” — the digital signals of songs, such as beats per minute and instrumentation.

With this anatomical view of music and the ability to understand which artistic elements are influential or most embraced by listeners, Woolhouse believes audio retrieval research could one day influence how music is composed. “It goes to the heart of what is well-formed music.”

Visit Innovation.ca for more stories about humanities and social science research supported by the Canada Foundation for Innovation (CFI). By funding state-of-the-art research infrastructure in all disciplines and across the full spectrum of research from discovery to applied, the CFI gives researchers the tools they need to think big and innovate.

Congress of the Humanities and Social Sciences, Congress 2015