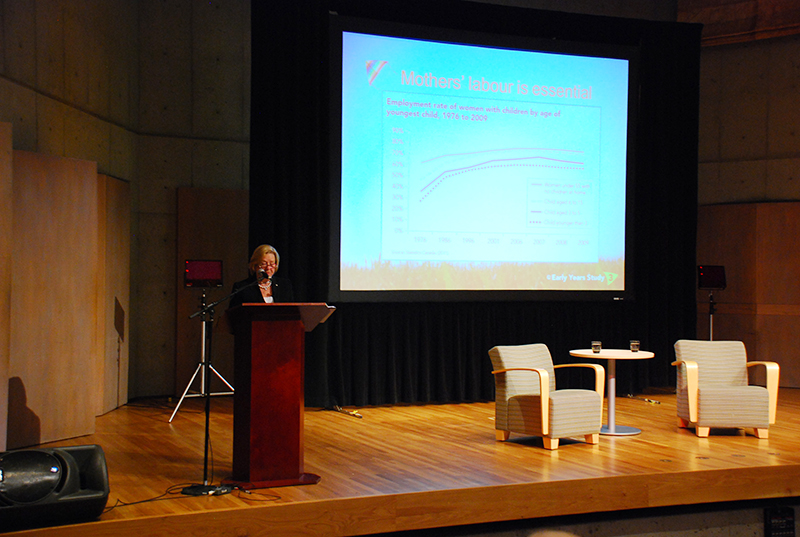 Honorable Margaret McCain, chair of the Margaret & Wallace McCain Family Foundation, spoke this morning at Congress 2013 on the importance of Early Childhood Education (ECE) and childhood development. Her follow up Early Years Study 3, which was produced in partnership with J. Fraser Mustard and Kerry McCuaig, continues the notable findings from the first and second installments of the study. The previous two Early Years studies shaped the idea that early learning experiences form the architecture of the brain by building a blueprint for future health, academic success, and general well being. McCain stressed that building an accessible and comprehensive policy framework supported by all levels of government is necessary for providing an Early Childhood Education experience full of positive brain development.

The Early Years Study 3 cites community schools, which serve as a one-stop shop for early education services, are the ideal framework for early education in Canada. It is McCain's view that “ECE for all children can be built using existing public education infrastructure.” By integrating services into the existing school platform, the opportunity to transform schools into extended learning centres brings children, families, and communities together to build strong relationships under a platform that already enjoys a high level of public confidence. “Anyone who works with children knows that we need to bridge this gap” says McCain, “we need vibrant community based schools, extended day services, and year round activities because the best way to stimulate the economy is to invest in the early years.”

A common theme ran through the open mic responses to McCain’s presentation: “If it wasn’t for Early Childhood Education programs, as a professional, I wouldn’t be here.” Heartfelt responses from parents in the audience solidified the importance of building an ECE framework into the existing educational system. “Simply having a child puts a family at an increased risk for poverty in Canada” McCain reports, and “35 billion dollars in tax revenue would disappear if women in Canada had to stay home.” Quebec’s model is cited as a living example of ECE success. Starting in 1997, Quebec began to offer full day kindergarten and extended before-and-after school programming at a cost of just $5 a day. By 2000, “Early Childhood Centres” in the province allowed parents to enroll their youngest children in similar programming for that same $5 a day. 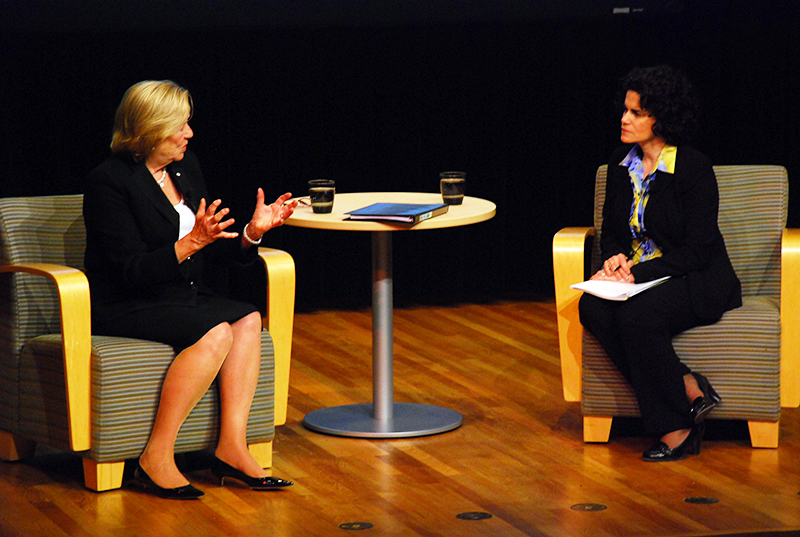 While other provinces have seen a slight decline in women’s participation in the work force since 2006, Quebec has seen a reversal of this trend. The employment rate of women aged 25-44 rose from 60% in 1985 to almost 80% in 2009. The rise of 70,000 more working mothers between 2000 and 2008 not only halved child poverty rates, but also allowed Quebec to rise to the top slot with the highest number of females in the Canadian labor force. Further still, the presentation cited that ECE programs have more than payed for themselves as “every dollar Quebec spends on ECE, it collects $1.05 in increased taxes and reduced family payments, while the federal government gets $0.44.”

Despite clear indications that early learning increases chances of civic engagement, diminishes the likelihood of later substance abuse, and promotes pro-social and self-regulatory behavior, a comprehensive, universal ECE network built on existing Canadian educational systems has yet to come to fruition. “So what can parents do to help, to have our voices heard?” asked a member in attendance. “The squeaky wheel gets the oil!” McCain answered with a laugh: “Keep banging on the doors of the ministers and ministries in charge! Make sure your voices are heard.”

Congress of the Humanities and Social Sciences, Congress 2013, Big Thinking

Back to school: What is the media saying?