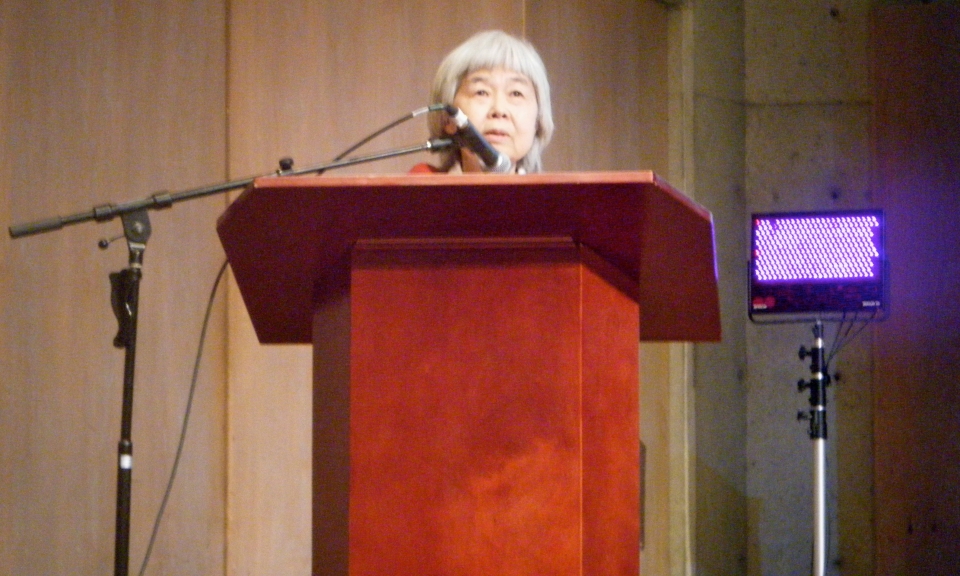 An early start wouldn't keep the Phillip T. Young Recital Hall from filling up for Monday morning’s Big Thinking event. By 7:30 AM, the lobby buzzed with delegates, eager for novelist and poet Joy Kogawa’s “On the Edge of Always” lecture. Upon taking the stage, the writer expressed how she was not only extremely thankful for the audience’s presence, but also overwhelmed.

“These are all people who read, who think, who ponder,” said Kogawa. “It’s actually really unthinkable that I’m here…because I’m not educated. Because I have not even one year of university to my name.”

Humility and gratitude seemed to be a trend amongst this year’s big thinkers. An Impressive feat, considering the Vancouver-born writer’s achievements and painful past. The 78-year-old spent her childhood in a Japanese Canadian internment camp during World War II. The experiences largely shaped her poetry and prose, which is celebrated today both nationally and throughout the world. The Literary Review of Canada named her first novel, Obasan (1981), one of the most important books in Canadian history. In Japan, Kogawa was honored with the Order of the Rising Sun in 2010. Back home, she’s a member of the Order of Canada, and currently the writer-in-residence at the University of Toronto. 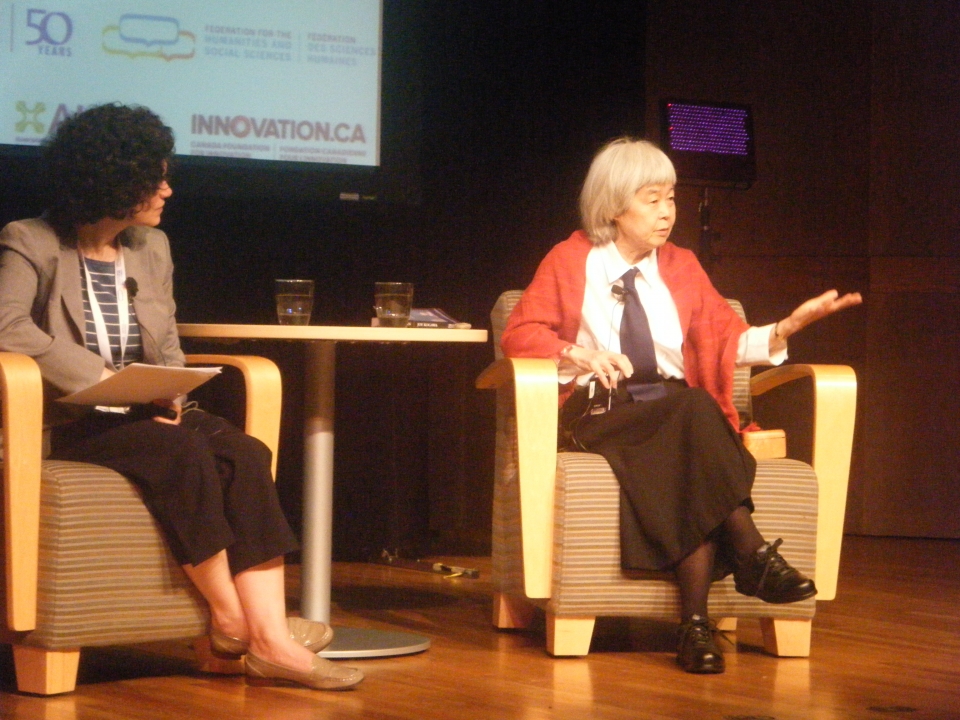 Despite her success, Kogawa explained how she always suspects failure in the conception of her craft. Even today, she questions the eventual publication of her current memoir-in-progress, “Gently to Nagasaki.” Contrary to writers who succumb to the frustration of discouragement, she invites failure in.

“It’s great to fail,” said Kogawa, “because you will know that you have tried. That’s all that’s really required of you. Success is not required.”

The writer feels she learns through the "reading of life," which doesn't always require books– a visceral process she likens to how one might read braille. She cannot explain the experience, but claims it somehow settles inside and directs her creativity. The only word Kogawa believes imperative, is one written on a stone she constantly carries: Trust.

“I trust the process of the pen because I learn with hindsight, not foresight,” she said. “I do not pre-think what I write. The pen writes, and the questions remain…and then the answers come, and the trust grows.” 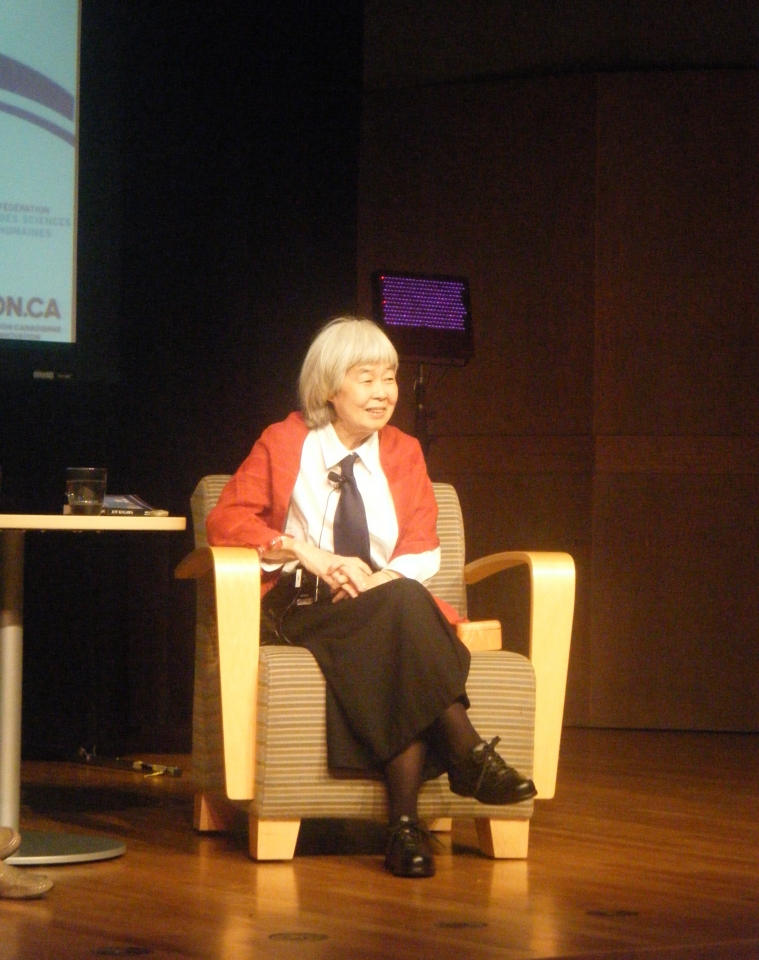 Even in moments of tragedy, Kogawa wishes to invoke serenity and gratitude. She summoned the words of Swedish diplomat Dag Hammarskjöld: “For all that has been, thanks. For all that will be, yes.” This led to her final mantra–another single-standing word: Always. The writer acknowledged the vagueness, and expanded by telling of a recent dream. In it, she conceived a realm of infinite kindness; a place open to all, with the power to appease a tumultuous world.

“When we make application for that realm of infinite kindness,” said Kogawa, “then it is accessible to us.”

The lessons offered Monday morning went beyond the art of writing, and called upon our individual responsibility to spread compassion. If someone who has endured such suffering can emanate forgiveness and peace, then what excuse do we have? Kogawa claimed to have few answers, but the audience captivated by her wisdom would surely disagree. 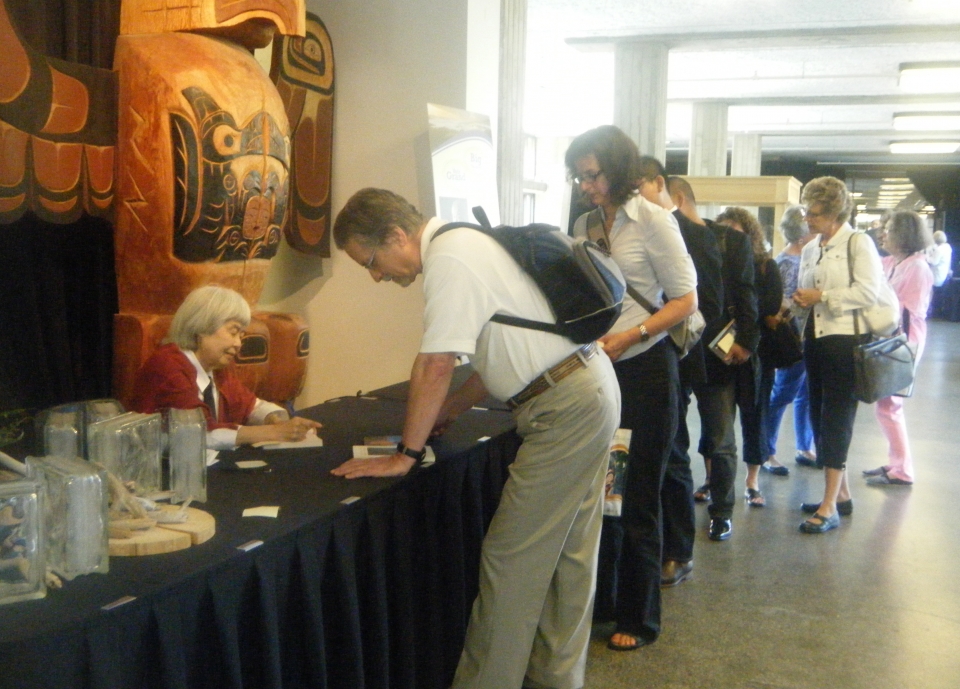 Congress of the Humanities and Social Sciences, Congress 2013, Big Thinking

Congress is for the young ones too!